We are pleased to announce that The Vein Institute has reopened in accordance with the Department of Health, NY State, and Monroe County guidelines. We will be following strict protocols to ensure patient safety that meet or exceed all recommendations. Please call to schedule your appointment. We appreciate your patience and understanding during this challenging time.
Please click here to read a letter to our patients.

Chronic pelvic pain is a very common problem in the United States. It accounts for 10-15% of referrals to gynecologists and pain clinics. For some women, the cause of their pelvic pain is a condition known as pelvic congestion syndrome (PCS). It may go undiagnosed simply because many health care providers are often unfamiliar with it or fail to look for it. Determining the cause of pelvic pain and symptoms can be complicated, because there are many possibilities. However, pelvic congestion can be readily diagnosed and treated with a minimally invasive procedure called ovarian vein embolization.

What is pelvic congestion syndrome and why does it cause symptoms?

Pelvic congestion is related to abnormal vein in the pelvis and around the uterus. It is caused by valves in the veins not functioning properly, causing blood to pool in the pelvis – analogous to varicose veins in the leg. In addition to symptoms of pelvic pain, pressure, bloating, and gassiness, women may also note bulging varicose veins in their inner upper thigh or labia. 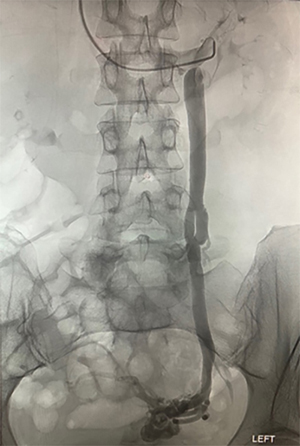 Although exact numbers are unclear, given how underdiagnosed pelvic congestion syndrome is, research is increasingly demonstrating that pelvic congestion is much more common than previously believed. It is most common in woman of childbearing age and for women who have had more than one pregnancy. Genetics also likely plays a role.

What are the symptoms of pelvic congestion syndrome (PCS)?

Many times, symptoms do not appear until a woman becomes pregnant, and then they continue after the pregnancy. However, women who have not been pregnant can also have pelvic congestion syndrome. The main symptoms of PCS are pelvic discomfort and bloating. The discomfort is usually described as a dull, throbbing aching and heaviness in the pelvis. It typically worsens as the day goes on, especially for women who sit or stand all day, and then goes away after a night of sleep. It also worsens when bearing down or straining. Additionally, many women complain of a ‘gassy’ feeling, for which they carry anti-gas medication constantly or have changed their diet, possibly to gluten-free out of frustration and to avoid discomfort. The pelvic pain can also worsen during or following intercourse, during menstrual periods, and after certain physical activities causing straining. Bulging veins in the inner upper thighs and/or labial region are often seen in pelvic congestion syndrome. 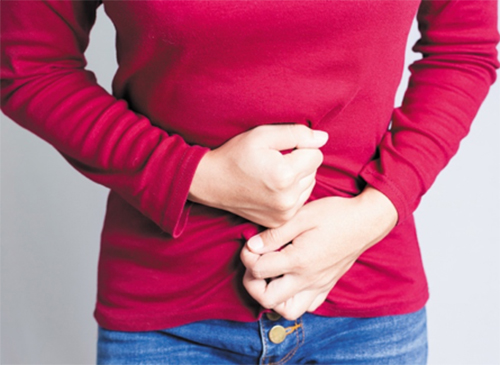 How do I know if I have pelvic congestion syndrome?

After consulting with one of our interventional radiologist (IR) physicians at The Vein Institute, a history and physical exam will lead towards the diagnosis. Definitive diagnosis is done with an ultrasound and/or a specialized CT or MRI to evaluate the pelvic veins.

What is ovarian vein embolization?

Ovarian vein embolization is a minimally invasive procedure performed by interventional radiologists by which the abnormal veins in the pelvis are treated, all without a surgical incision. This is achieved by using a small catheter, or tube, introduced into the neck vein and guided down to the pelvic veins using both real-time imaging. The veins are then treated, often by closing down the abnormally dilated pelvic veins and allowing the blood flow to reroute to normal veins. This procedure prevents the abnormal dilated veins from filling again, resolving the pain and symptoms for most women. The left pelvic veins are the overwhelming cause in most women due to difference in anatomy when compared to the right; however, all the veins are checked for abnormality during the procedure. 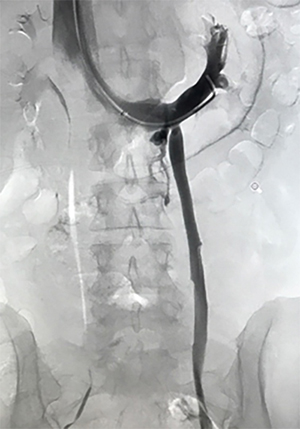 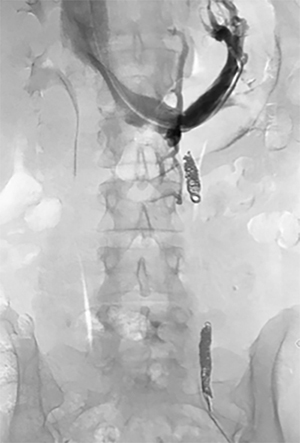 What are the next steps to finding out more about the treatment?

If you suspect you have pelvic congestion syndrome or have suffered from the above symptoms, you can call our office yourself to set up a consultation at The Vein Institute. Initially, at the consultation we talk to you about your symptoms, confirm your diagnosis, and then fully discuss your treatment options to ensure the proper treatment for you. Many women will have imaging performed, including a specialized CT or MRI to evaluate your pelvic veins, further understand the extent of the problem, and/or figure out alternative diagnoses. After reviewing the images and determining if ovarian vein embolization is the proper treatment, we will discuss the specifics including procedure details, risks, benefits, and alternatives of treatment.

What should I expect on the procedure day?

On the day of your scheduled procedure, you will be prepped in the pre-procedure area and brought to the interventional radiology suite. After being sedated and given numbing medicine, a tiny catheter (tube) is introduced into a vein in your neck, and then advanced under image guidance into the abnormal veins in your pelvis. The abnormal veins are then embolized (closed), causing the blood flow to reroute to normal veins. The procedure usually takes 1-2 hours, is performed with conscious sedation rather than general anesthesia, requires no large incisions, and patients go home within a few hours. 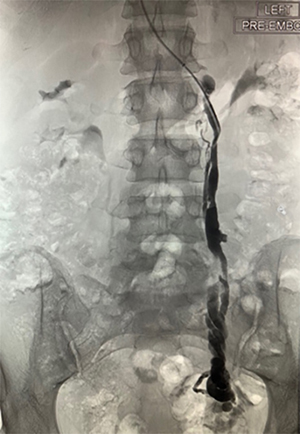 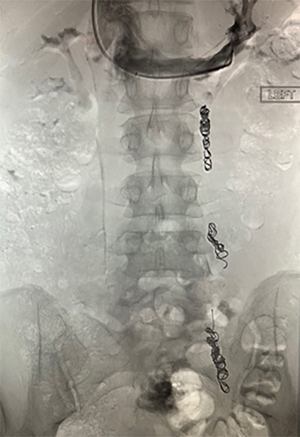 How long will it take to recover?

All of our ovarian embolization procedures are done on an outpatient basis, so you are home the same day. Usually women are ready to go within a couple of hours, with only a small bandage on their neck. While most women choose to rest and recover for a few days, most women report symptomatic improvement very soon after the procedure. Overall, the procedure is very well tolerated.

In general, ovarian vein embolization is covered by insurance providers. After your consultation, our providers and office staff will take of all the details by contacting your insurance company to get approval and pre-authorization prior to proceeding.

The Vein Institute - Rochester NY’s premiere practice treating venous disease. Call us at 585-467-8346 to schedule an appointment or schedule your free vein screening online. Learn more about how we can help you look and feel your best. Your legs will thank you.